Why Do People Yawn? Everything You Need to Know

Why do people yawn? Yawning is a neurological reflex that we do to increase the amount of oxygen in our lungs. It’s a natural response to tiredness or boredom, but excessive yawning can indicate other conditions as well.

Causes of Yawning (Why do People Yawn)

There are many reasons why we yawn. Yawning is a reflex in your body and it occurs without any thought. There are many things that researchers agree cause yawning. Yawning is caused by environmental conditions such as the temperature, or lack of oxygen. It can also be provoked by tiredness, stress, and diseases such as MS.

Sleepiness – One of the most common reasons for yawning is sleepiness. We feel like we are not getting enough oxygen in our lungs and so to compensate, we yawn. Another reason can be boredom or simply a lack of stimulation around us.

Cool down the brain – Despite the lack of scientific evidence, some scientists believe that yawning is your body’s way of cooling your warm brain. There is not enough evidence to confirm the heat theory behind yawning, but we do know that deep breaths and open mouth can cool your brain.

Stretching – When you yawn, it’s like your body is stretching. You might also have an increased heart rate. By stretching your lungs and improving your heart, you will feel more awake.

Changes in elevation – If you’re in an airplane or driving up a hill, you might yawn on purpose. That’s because your body is trying to equalize the air pressure in your ear.

Yes, yawning is contagious. Some could say that it’s because we are bored and want more oxygen–but in fact, this reflex can be felt when someone else around us does the same thing.

Studies show that the likelihood of yawning increases when a person sees someone else do it or reads about yawning. People are more likely to empathize with those they know and will be most susceptible if they see others doing so face-to-face.

The explanation for why we might feel a need to go along with another person’s yawn comes from mirror neurons. These cells fire not only when hearing or seeing something, but also when performing that action ourselves.

Excessive yawning may mean that something isn’t right. When we don’t sleep enough, our body might respond by making us take deep inhalations with most of the air reaching our lungs. Excessively frequent bouts of yawning (even when engaging in an interesting activity or event) may mean that there is another problem.

Talk to a doctor if you notice an increased frequency or duration of yawning. There are several ways to diagnose the causes of excessive yawning.

Diagnosis and Treatment of Excessive Yawning

Treatment depends upon what diagnosis is made. Since poor sleep is the number one reason why people yawn, your doctor will likely inquire about your sleeping habits to help identify the cause of excessive yawning.

If you are experiencing a lack of sleep, they will likely recommend that you increase your nightly hours or take naps during the day in order to get proper rest and avoid yawning excessively. If it is due to stress, anxiety, or side effects from medications then your doctor can prescribe an alternative medication for those symptoms.

For jet lag-related yawning (which often occurs upon arrival), doctors recommend frequent breaks outside and staying hydrated with plenty of fluids before flying so as not to experience these feelings once on board.

After ruling out sleep issues, your doctor may perform diagnostic tests to find another possible cause for excessive yawning such as blood work and a urine test.

If no medical diagnosis is found by doing blood work up and a urinalysis (urine test), then more broad-based testing can be done to check for any abnormalities with brain function – these include MRI scan of head, CT scan of brain, or a sleep study.

Conclusion – Why Do People Yawn

Yawning is a universal phenomenon that all people (and animals) experience. There are numerous theories to explain the causes of yawning; however, the most probable one states that yawning serves to cool down brain temperature.

We hope that this article managed to highlight the important aspects of yawning and how it could give us some insight into your mental and physical health.

If you still have questions, concerns, or a personal anecdote about yawning, please do not hesitate to share your thoughts in the comments below.

why do people yawn
By Sleep GuruApril 1, 2021Education3 Comments on Why Do People Yawn? Everything You Need to Know

3 Replies to “Why Do People Yawn? Everything You Need to Know” 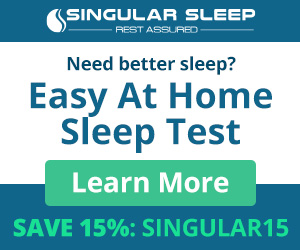 Get tips for better sleep delivered to your mailbox!